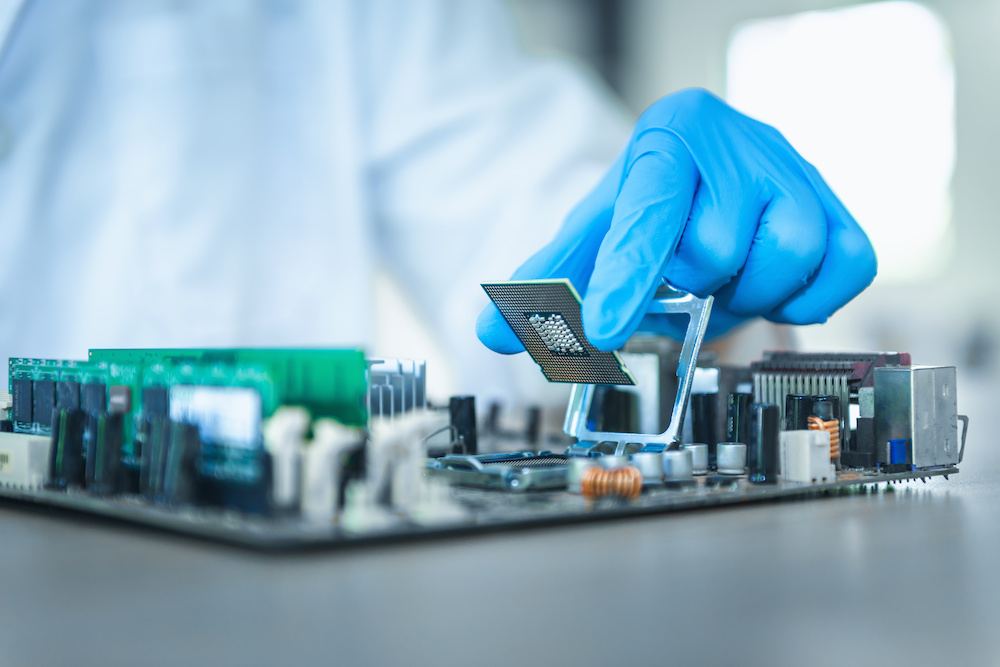 How Much RAM Can My Motherboard Handle?

Whenever you upgrade internal PC components, doing a bit of research beforehand can go a long way in saving you time and money.

Going in blind and excited into a tech store without understanding what you need will likely put your hard-earned cash to waste.

One thing that comes to mind when purchasing PC components is compatibility.

However, when you choose RAM modules, you will also have to consider analyzing several other components attached to your motherboard.

You may ask questions like how much RAM can my motherboard handle? Or do I need to get more RAM modules?

Before we outline a list of considerations, let’s start with the basics.

RAM or Random Access Memory is a general term for removable and replaceable short-term system memory modules on a computer.

Unlike permanent storage hard disks and solid-state drives, RAM modules are the temporary storage space for data that needs random and immediate access.

A computer system always loads items to process, including data and software.

RAM enables smooth-sailing operations by setting these items aside for easy access later.

While a computer’s storage interface holds the devices for storing long-term information, its RAM is responsible for the actual working processes.

To put it simply, RAM is the memory that a computer uses to hold data from applications that are currently in use.

The system deletes or dumps all the data stored into the RAM as soon as you shut down your computer.

After so many years of innovations, RAM evolved through a long list of classifications.

Today, we have static RAM (SRAM) and dynamic RAM (DRAM).

While SRAM can retain memory as long as it has power, DRAM requires periodic refreshing.

This difference makes SRAM faster but also much more expensive than DRAM.

As a result, DRAM has become more prevalent in typical household computer systems.

Manufacturers later developed the DRAM to become synchronous DRAM (SDRAM), which has memory speeds in tune with the CPU clock.

Since timing synchronizes between RAM and the CPU, the memory controller knows exactly when any requested data will be ready.

With SDRAM, the CPU can perform more instructions in an instant.

As its name suggests, running data rates are almost twice as much with the same clock frequency.

There are currently four generations of DDR SDRAM: DDR1, DDR2, DDR3, and DDR4.

If you try to build a computer today, tech stores will recommend a minimum RAM capacity of 4GB.

You can have a maximum of 128GB of system RAM on a home computer as long as you have a motherboard with DDR4 slots.

To do this, you will need eight 16GB RAM modules and eight DDR4 slots.

How Much RAM Do You Need?

If you only use a computer for creating Word documents, playing Solitaire, or listening to music, then 4GB of RAM should be enough.

A total system RAM capacity of 4GB might even be too much for an average Joe who spends his time reading eBooks or listening to podcasts.

In comparison, a rig with 8GB of RAM is typically not enough for avid gaming.

You should have at least 16GB of RAM to start playing the most popular games heavy on graphics.

If you’re into video editing and high-quality image rendering, you should at least have 32GB of system RAM.

While 64GB and even 128GB systems are already available today, you’ll find that they cost too much, and you’re better off spending more on other components. 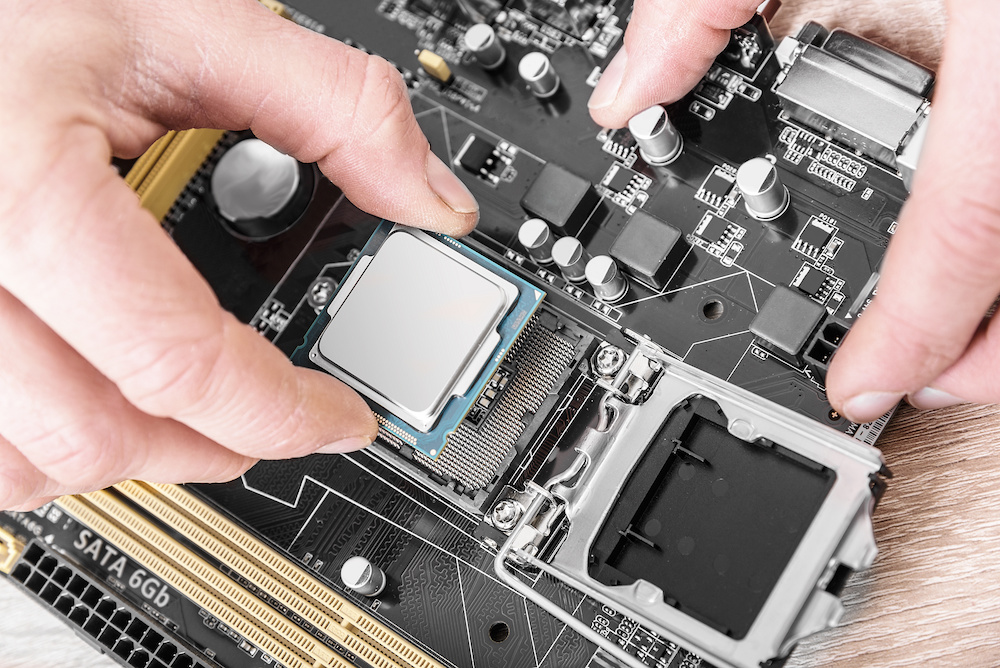 Why Do You Need More RAM?

If you plan to do heavy multitasking on a computer, even if you only use it to run several applications at once, you’ll always need to rely on RAM.

Whenever you switch to different software, the program you just left will keep running in the background.

Your system RAM monitors where you left off so that you won’t have to wait for it to load the minute you switch back.

RAM does this not only with separate programs but also with multiple tabs on an internet browser.

The multitasking capability of most internet browsers is an excellent feature for those who want to leave several tabs open at a time.

Without sufficient RAM, multitasking will slow your system down, and it won’t take long for you to notice and be annoyed.

How Do I Check My Computer’s RAM Capacity?

If you want to know the current RAM capacity of a particular computer, you can follow these easy steps:

Step 1. Open the Run dialog box by pressing the Windows key and “R” on your keyboard simultaneously.

Command Prompt will output your system’s RAM capacity in kilobytes.

Step 4. Divide the resulting value by 1,048,576 to get your max RAM capacity in gigabytes.

You can also use third-party applications that scan your computer for parameters and capacities, including RAM.

These steps help you find the RAM capacity of your computer with the currently installed RAM modules.

However, it may not be an indication of the actual total RAM capacity of your motherboard or your computer, for that matter.

If you delve deeper into the basics of your system, you might find that your system can support more RAM.

A computer’s RAM capacity is contingent on three underlying factors: the motherboard, the processor, and the operating system.

What do these factors have to do with dictating RAM capacity?

The motherboard and the processor have hardware limitations for handling RAM.

No matter how many memory modules and motherboard DIMM slots you have, your computer’s OS will dictate the maximum RAM capacity you can have.

How Much RAM Can My Motherboard Handle?

Asking how much RAM your motherboard can handle is different from identifying the max RAM capacity of your computer.

If we were only to look at the motherboard, determining the maximum RAM capacity is as easy as going to the manufacturer’s website to check the specifications.

Command Prompt will display the specific brand and model of your motherboard.

Step 2. Head on to a browser and search for the particular model.

Your search will return several results, one of which will be the manufacturer’s website page containing the specs for your motherboard.

In this section, you will find something like “4x DDR4 DIMM slots, max 128GB,” which means your motherboard has four DDR4 memory slots capable of holding up to 128GB.

However, this specification does not mean your CPU or OS can handle the same.

How Much RAM Can My CPU Handle?

Processor design typically comes in the form of a 32-bit or 64-bit system with a register.

If you calculate one byte of memory for every bit on a register, then a 32-bit system has far less memory space than a 64-bit system.

In layman’s terms, a 32-bit processor can only address a maximum of 4GB of RAM.

Even if your motherboard can support up to 128GB of memory, having a 32-bit processor will only allow up to 4GB of RAM.

With a 64-bit system, your processor can theoretically reference 17 billion gigabytes of RAM.

This amount of RAM is too much even for the best consumer motherboards to handle.

The important thing here is that a 64-bit processor can access more than 4GB of system RAM.

If you plan to have 16GB of RAM on your computer, you must have a 64-bit processor; otherwise, you’ll be putting 12GB of RAM to waste.

How Much RAM Can My OS Handle?

Like 32-bit hardware, 32-bit software also restricts the maximum amount of RAM a system can use.

However, a 32-bit operating system is your only option for running 32-bit hardware.

It is possible to run a 32-bit operating system using a 64-bit processor, but this will also restrict RAM accessibility to 4GB.

Many applications only come in either 32-bit or 64-bit versions.

While running a 32-bit version of a program on a 64-bit operating system is possible, a 64-bit program won’t run on a 32-bit computer.

On another note, while the best consumer motherboards have a maximum RAM capacity of 128GB, some 64-bit operating systems can support more than that.

For example, Windows 8 Pro and Enterprise can support up to 512GB of RAM.

How much RAM can my motherboard handle if I run a 64-bit operating system on 64-bit hardware using all 64-bit software?

The answer lies and stops with your motherboard’s specifications.

If you’re trying to check out your rig for RAM capacity, all you have to do is analyze your motherboard’s specs against the type of OS and CPU you have.

After that, you can scrutinize every computer program you have installed and check whether they are 32-bit or 64-bit versions.

Newer computers typically run a 64-bit OS on 64-bit hardware, which means the primary indicator of RAM capacity is the memory slots on your motherboard.