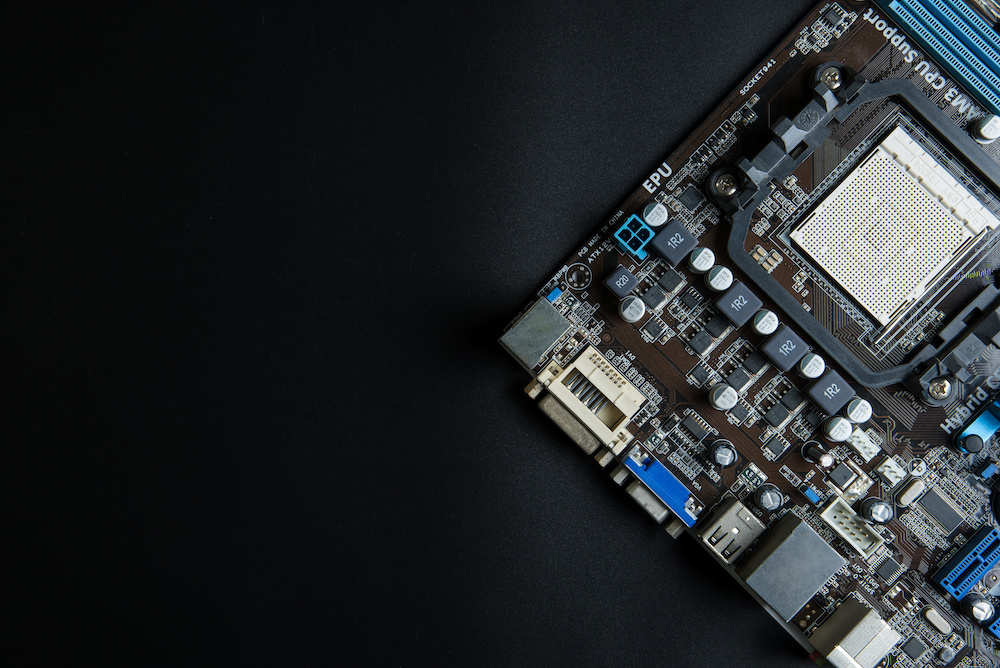 Can I Upgrade CPU Without Changing Motherboard?

Whenever you get the chance to upgrade a PC component, you should always consider the repercussions of doing so.

Can I upgrade CPU without changing motherboards?

It is more of a compatibility issue that increases or decreases your chances of possibly swapping out your old CPU for a new one.

Motherboard manufacturers have product listings with a subset of references for compatible processors.

While checking for compatibility is relatively easy through online support forums and manufacturer listings, we can do you one better with this short checklist.

The most important factors that would decide compatibility include the motherboard chipset, CPU socket, and BIOS version.

A motherboard chipset is the primary communications controller between the CPU, RAM modules, GPU, and other peripheral attachments.

It regulates the number of high-speed connections your motherboard can support.

Typically, chipsets have between one and four microchips with built-in controllers for all connected physical components, including mice, keyboards, and displays.

A specific chipset supports a range of CPUs. That range also changes as the chipset generation advances.

If you want to replace your CPU, you should make sure that the motherboard you are using has the chipset for the replacement.

As Intel and AMD compete in creating the chipsets for their upcoming processors, they also have to design CPU sockets to go with them.

Like the chipset, the CPU socket is another component of the motherboard permanently attached to it.

A CPU socket uses an array of pins that connect to the contacts on a CPU.

This attachment closes the connection between a CPU and a motherboard.

While laptops typically have CPUs soldered onto the motherboard, consumer desktop PCs have removable CPUs for a replacement to be possible.

Finding a CPU replacement is not just about ensuring it has the features you need.

Initially, you will have to check if it supports the chipset and fits into the CPU socket on your current motherboard.

Having the best CPU doesn’t mean it will work with just any motherboard, chipset, or CPU socket.

Intel and AMD also have different CPU sockets for their CPUs.

The reason behind varying sockets is the different number of contact points on newly designed CPUs.

In today’s Windows-based computers, AMD and Intel chipsets are at the forefront of the competition among the world’s largest motherboard manufacturers.

While AMD’s long list of chipsets is about to reach 100 different models, Intel’s chipset database is now close to 300.

Many of these chipsets are now obsolete, and we only need to focus on the currently sought-after models.

Let’s look at a broader view of the most recent chipsets, corresponding CPU sockets, and compatible CPUs.

Definitely, you can replace your CPU, but you have to make sure your motherboard has the right chipset and the correct CPU socket.

The following is a list of some common chipsets and compatible sockets and CPUs available from AMD based on the current targeted consumer grade:

Notice that the AMD AM4 socket is the most widely used CPU socket in today’s AMD-based systems.

You will have a broader range of CPU options if you have the B450 or X470 chipset.

If you find a particular CPU Series listed beside a chipset, it doesn’t mean that the chipset supports all CPUs belonging to that specific series.

Research further and consult with the AMD website for the specific CPU models tied with a particular chipset.

The following is a list of some common chipsets and compatible sockets and CPUs available from Intel based on the current targeted consumer grade:

Don’t be confused with the socket model numbers and codes.

The less common LGA 2066 for high-end desktops (HEDT) is sometimes called Socket R4, and they require an X299 motherboard.

Like AMD chipsets and compatible CPUs, any specific Intel chipset can only support a handful of processors under a single generation.

Go to Intel’s website and search for the particular chipset.

You will find a list of specific CPUs under the compatible processor group. 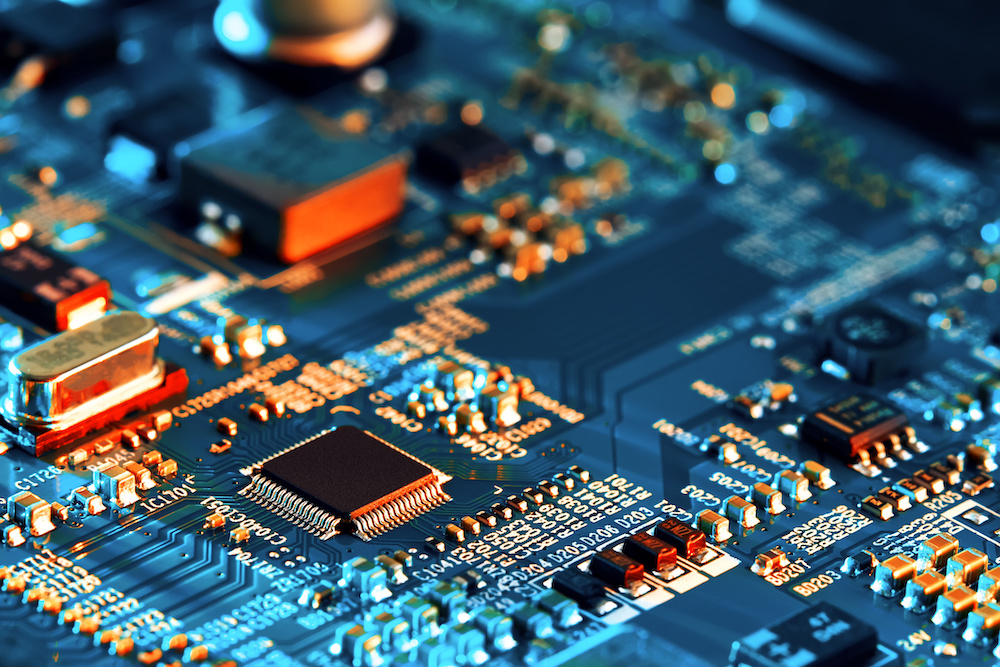 The BIOS version of your motherboard is also a determining factor for replacing a CPU.

While some chipsets support a wide range of processors, some CPU replacements may require upgrading to the latest firmware or BIOS version.

It is a type of read-only memory (ROM) chip built into a motherboard to hold information for accessing and setting up a computer at the basest of levels.

BIOS chips on older motherboards may not be upgradeable.

The only way to upgrade them is to physically replace the chip with a newer model.

You can only update a built-in BIOS if it is a Flash BIOS, a read-and-write chip that allows software and code updates.

With a Flash BIOS, you can make inputs to update the BIOS version without dismantling the motherboard.

If your motherboard has a Flash BIOS, which most modern motherboards typically have, you can update to a newer version.

So, can I upgrade CPU without changing motherboards?

To answer the question, yes.

If your motherboard’s BIOS version supports the replacement CPU you have in mind, you can.

Otherwise, either a motherboard upgrade or BIOS update should be your first course of action.

How To Update BIOS

However, many still refer to it as BIOS or, sometimes, BIOS UEFI.

Step 2. Go online and proceed to the manufacturer’s support section.

Step 3. Look for the page containing downloads or drivers.

Step 4. Search for BIOS or UEFI updates using your model code, download the latest update compatible with your new CPU, and read the instructions that came with it.

Before proceeding, pay close attention to the instructions, as a wrong turn might do some irreversible damage to your computer’s firmware.

Generally, you will have to follow one of two entirely different processes.

One process involves sifting through the UEFI or BIOS while booting.

The other requires using a manufacturer’s built-in update utility software.

For many PCs, especially desktop ones, BIOS updates are only available through the BIOS UEFI.

Step 5. Prepare an empty USB flash drive or format one to empty its contents.

Step 6. Copy the downloaded BIOS update to the flash drive and reboot your PC.

Step 7. As soon as the prompt for entering BIOS appears, press the hotkey on your keyboard, usually Delete or F2.

Step 8. Once inside UEFI or BIOS, record any changes you may have made in the past.

Updating it will result in your system settings reverting to default.

You can also take snapshots of every setting category for a quicker save of those settings.

Step 9. While still inside BIOS, look for an option to update the firmware and follow the on-screen instructions.

It will prompt you to insert the flash drive as necessary.

WARNING: Do not interrupt the process or shut down your PC until the process is complete. Otherwise, you could ruin a perfectly upgradeable PC.

Updating From Within Windows

While some applications automatically run the update for you, others will require downloading an executable file from the manufacturer’s resource page.

However, you may still want to reboot and enter BIOS beforehand to record any of your pre-existing settings.

Step 5. Once you have recorded your existing BIOS settings, run the update utility or executable file, sit back, and wait for the process to complete.

If your system boots up and goes straight to Windows, the update is probably complete.

However, you did not update the BIOS firmware for your existing CPU. Instead, you did it for your new CPU.

As long as you did a thorough check on the compatible BIOS version and downloaded and installed it correctly, you can proceed with installing your new CPU.

How To Replace a CPU

Replacing a CPU is relatively straightforward.

After ensuring that you have fulfilled the compatibility checklist, you’re going to need some tools to unseat your current CPU and seat the replacement.

With our step-by-step instructions on replacing motherboards, you will also find procedures for unseating an old CPU.

To seat a new CPU, check a dedicated section on our instructions for installing motherboards.

After following all these instructions, you can try booting your system.

If the Power-On Self-Test (POST) proceeds, you are set for more years with your motherboard and your new CPU.

Can I Upgrade CPU Without Changing Motherboards?

If you plan to get a CPU that ticks all of these checkboxes, then you are good to go.

Otherwise, your motherboard may be too laid back to handle any possible CPU upgrade.

On another note, if a newer CPU is compatible with your motherboard, you might also want to check other underlying motherboard componentry.

Can your motherboard deliver the power the newer CPU needs?

Does it have all the connections necessary to maximize the capabilities of your new CPU?

If you don’t consider these factors, you might end up looking for a motherboard upgrade sooner than you think.