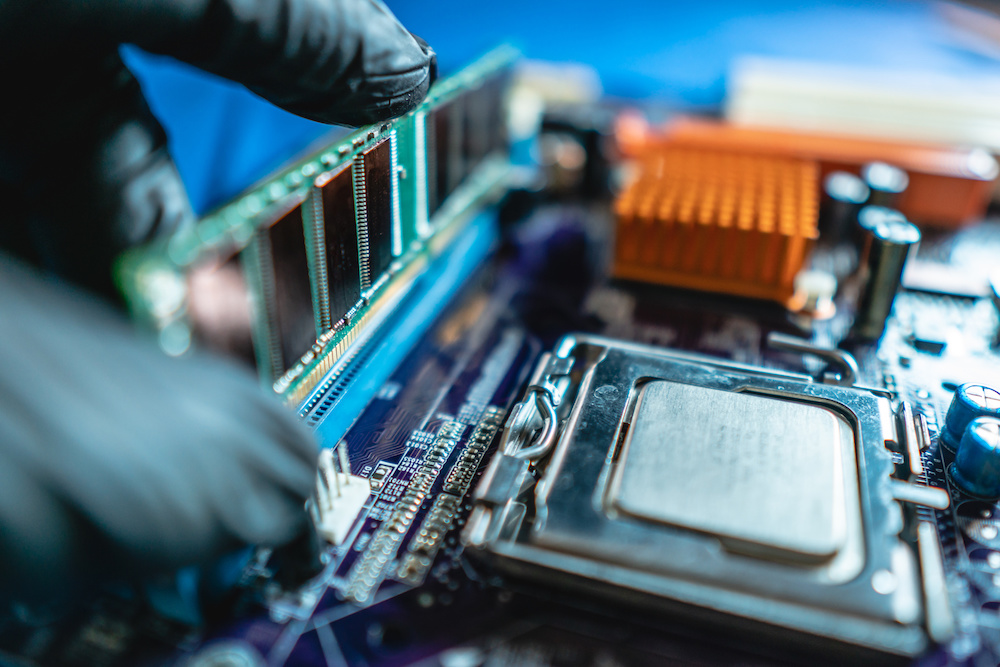 In this MSI Z370 Gaming Pro Carbon AC Motherboard review, we’ll be discussing its features and the pros and cons of each.

We’ll also give you some tips on how to get the most out of it and even offer some alternatives.

Quick Navigation
Quick Overview
Pros
Cons
MSI Z370 Gaming Pro Carbon AC Motherboard Review
Who Is This Product For?
What’s Included?
Overview of the Features
How To Get the Most Out of It
Alternatives
Conclusion 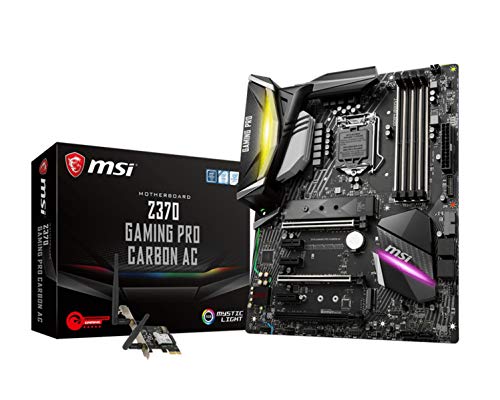 It is the successor to the no-Wi-Fi MSI Z370 Gaming Pro Carbon.

Though several years have passed since then, it remains one of the best gaming motherboards with the Z370 chipset under the MSI Gaming brand.

Who Is This Product For?

The MSI Z370 Gaming Pro Carbon AC Motherboard is an excellent choice not only for experienced PC builders but also for beginners.

If you are a gamer and you plan to build a new Coffee Lake-based PC, this motherboard is a great option.

Those looking to use a Kaby Lake-S or Skylake-S processor should check out a Z270 motherboard instead.

Since the MSI Z370 Gaming Pro Carbon AC Motherboard has decent VRMs and cooling options, overclockers will also find it with zero issues.

Finally, anyone looking to get a good value motherboard with an impressive feature set could also benefit from this MSI board.

The packaging for the MSI Z370 Gaming Pro Carbon AC Motherboard is quite basic and simple.

First, you’ll notice that it displays some colors to signify the board’s RGB LED capabilities.

Inside the box, you’ll find that the board comes with two SATA 6Gb/s cables, an IO shield, two Wi-Fi antennas, an SLI HB Bridge, and a wireless AC card.

The wireless AC card also comes with a USB 2.0 cable.

For your convenience and peace of mind, the package also includes a warranty card, an instruction manual, and a driver DVD.

Overview of the Features

To help you decide if the MSI Z370 Gaming Pro Carbon AC Motherboard is the right choice for you, let’s go over all its features.

You’ll be glad to know that we have dissected its components to help you get a better look.

While many of its features are exceptional, you might still want to consider other boards that provide better solutions for some of its components.

Intel launched it in the fourth quarter of 2017, primarily for motherboard manufacturers to develop PCBs for many Coffee Lake processors.

These memory slots have a dual-channel architecture, and they can support Intel Extreme Memory Profiles (XMP).

For RAM overclocking, the DDR4 DIMM slots can support speeds over 4000MHz depending on the chosen processor.

The only downside to these memory slots is they only support non-ECC unbuffered memory.

In addition to the three x16 slots, the board has three PCIe 3.0 x1 slots for smaller expansion cards.

You can use both the M.2 slots for a SATA 6Gb/s, a PCIe 3.0 x4, on an Intel Optane Memory device connection.

However, make sure that all drivers and BIOS settings are up to date before installing any Intel Optane Memory device.

Both M.2 slots can also hold a PCIe 3.0 x4 NVMe U.2 solid-state drive with U.2 Host Card, but you will have to purchase the host card with the SSD.

The VRM on the motherboard uses 8+2 power stages with double the MOSFETs per phase for the CPU VCore.

It also has a doubler for the integrated GPU using a two-low, one-high configuration.

With the same MOSFETS as the CPU VRMs, the board uses a one-high, two-low side-configured VRM for the memory modules.

As with most motherboards, the whole system can benefit from increased airflow.

For that, this board has a CPU fan connector, a water pump connector, and four system fan headers.

The board runs an Intel I219V Gigabit LAN controller and an Intel Dual-Band Wireless-AC 8265 adapter.

These connections allow the lowest latency and can be controllable using the MSI Gaming LAN manager.

It uses the Realtek ALC1220 Codec with 7.1-channel high-definition audio, and it has a S/PDIF out port.

Its uncluttered layout and ultra-modern-looking carbon fiber heatsinks work together to give the board a very sophisticated appearance.

MSI lined several parts of the board with some light show with LEDs.

You will find them positioned on the carbon fiber heatsinks, the rear right side of the board, and the left side near the audio capacitors.

Even without third-party RGB LED strips, the board can bring out several colors of its own using the MSI Mystic Light software.

Even so, MSI does not take the boredom out of the board’s aesthetics by increasing customizability.

You will also find an HDMI port and a DisplayPort for your display requirements.

The audio section of the back panel has five golden audio jacks and an optical S/PDIF-Out port.

Other possible internal connections include front panel USBs and audio jacks, a TPM connector, a chassis intrusion header, and a Clear CMOS jumper. 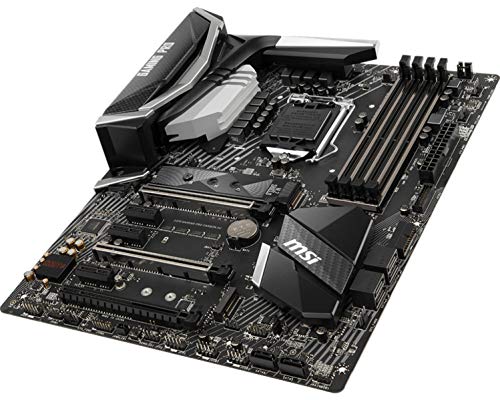 How To Get the Most Out of It

To get the most out of this board, you would want to try it out for overclocking the CPU and RAM.

You can accomplish this by taking advantage of all the cooling options available to the board.

It would be best to have a positive computer case air pressure or at least a cooling unit, such as a fan, directed at the VRMs.

You might want to customize RGB lighting by adding more LED strips using the available headers and by downloading the MSI Mystic Light app.

This application allows you to personalize your gaming rig by customizing the lighting color schemes and bringing them in sync with your games and music.

If you want to check out other Z370 chipset motherboards, we recommend the Asus TUF H370-Pro Gaming Wi-Fi or the Gigabyte Z370 Aorus Gaming 5.

These boards also use the Z370 chipset, but they may sit at a higher price point.

Both boards have slick RGB packages. They also offer the customizability available to the MSI Z370 Gaming Pro Carbon AC.

To conclude our MSI Z370 Gaming Pro Carbon AC Motherboard review, we’ll just say that this board is truly gaming-certified.

It has gone through 24-hour rigorous testing in online and offline games and fared well even for eSports players.

The next question you should be looking out for is what processor pairs well with the MSI Z370 Gaming Pro Carbon AC?

If you think you need to check out more alternatives, the best motherboards for the Intel i9 9900K also use the Z390 chipset.